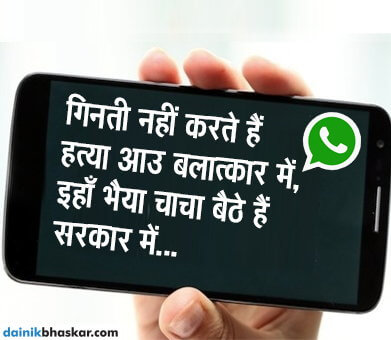 Currently, crime in Bihar has increased a lot as expected before the election. The recent two bigger crime one by the JDU MLA’s son and another where a journalist was shot dead in broad daylight.

Social media users have strongly reacted to those crimes and they are protesting a lot. The opposition party BJP and others are also reacting strongly on these issues. There are many images and videos are getting viral against the government and the two strong state leaders, Mr. Nitish (JDU chief and Chief Minister) and Mr. Lalu Yadav (RJD Chief).

The source of Images: bhaskar.com, we thank for these.